Old Guys Rip Too is about keeping the stoke alive for the older ripper. Its founders have been action sport enthusiasts since the 80’s. We created OGRT out of the passion we still have for action sports. We’ll aim to pass our knowledge and experience on to you. Old Guys Rip Too features product reviews, injury prevention, industry news, resort reviews, interviews and more.

Do you still hold it down? We welcome your stories, videos, and pictures.

Chris Forgham grew up skating and snowboarding in New Mexico.  After college, he relocated to Vail, Colorado and now calls Denver, Colorado home.  Chris has competed in the USASA Rocky Mountain Series since 2007.  He was the USASA National Champion in Half Pipe and Slopestyle in 2010, 2012, 2015, Half Pipe Champion in 2017 , 2nd Place Slopestyle 2017, and is the halfpipe and slopestyle national champion in 2018.  He often posts higher scores than riders half his age.  Keep your eye out for Chris on a podium near you! 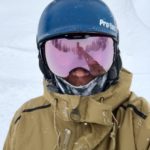 Dave Van Etten grew up skating and snowboarding in Northern New Mexico.  He was part a small group of pioneers that brought snowboarding to Pajarito Ski Area in Los Alamos, NM in 1987.  Dave won many local and regional snowboarding and skateboarding contests.  Dave has taught all of his kids the thrill of snowboarding, and they rip too.  After years of chasing snow in Northern New Mexico and Southern Colorado, he relocated to Pocatello, Idaho.  Dave placed second in the Crazy Legs Banked Slalom at Grand Targhee Resort in 2017.

9 thoughts on “About Us”