We’ve all been there at some point in our action sport lives…taken a good spill and should have been wearing a helmet.  I’ve lost count, probably from memory loss, of the number of times this has happened to me. I’ve been much better about wearing a helmet the last 10 years, but mostly because I make my kids wear one.  Even so, there are still times when I’m sure all of us think a helmet is not necessary.  My 10-year-old wears a helmet when skating bowls and ramps, but doesn’t think it necessary when street skating.  Plus when we roll up to a park and no one else is wearing one, I hear, “It’s not cool, Dad!”  Pretty tough to win that one.

Robert Emmett, creator of the Crasche Hat, crashed while out on his bike, and was lucky enough to have landed on the grass. He knew he should get a helmet, but decided to create a very unique product instead.  Crasche sent us one of their Thrashe hats to test out.

A quick overview of the Crasche hat: 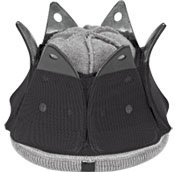 The unit that was sent out arrived with two of the protective inserts in place, and instructions on how to place the others.  It was easy enough to place them all and adjust them so they formed a protective dome.  The hat fit like any other beanie I have, and was surprisingly light with all the protective pieces in place.  You really cannot tell the pieces are in the hat, so there’s no need to be worried about how it looks to others.  I went to the local park and skated with it on for a few hours.  It was very comfortable and stayed in place, even when I bailed. Thankfully, I never bailed hard enough to test it, but I was able to skate with the confidence you have wearing a traditional helmet.  The day I was out was hot, but I found the hat to be pretty breathable.  I pulled a few of the inserts out and decided to test them with a hammer. I found they are really well constructed, and made from very tough material; I hit them hard and they held up. 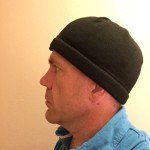 In summary, Crasche makes great product for head protection. It’s not intended to replace a helmet, but it sure beats nothing on your head.  My 10-year-old asks if he can wear it all the time…can’t beat that!  They have many different styles for numerous applications, including ice skating, baseball, etc.